The 7-page report “Investing Into Virtual Reality: Making Sense Of It All” starts with a paragraph as following:

“Virtual Reality (VR) has risen from the ashes of the nineties. Many wonder if history will repeat itself and it will end in a show of ames. I have personally heard remarks like, “the tech isn’t there yet”, or, “Kinect prove people don’t like to move themselves”, from some highly respected AAA game producers.

But the news of new tech and concepts has spread like wild re and I gladly share with you whatever insight I may have in this creational market space. However, here’s a disclaimer: my post is only partly statistical and is generally opinionated. My experience in the eld dates back to 2011 when I first started to research VR, which lead to establishing Criffin, where we have researched and developed number of technologies. So it is my job to keep myself informed. e number of VR companies has multiplied by 15x during the last decade, totalling investment of $746 million over the last 5 years. However, it’s all up to definition: what is a VR company? I’d suggest the number could be ten times bigger since over 118,000 of Oculus’ developer kits DK2 (second version) have been shipped as of today. Even if only 1% of those are VR companies the number would be 1,000 today. And the percentage is probably higher.

Based on GreenlightVR’s statistics, the vast majority of investment has gone into Gaming & Entertainment; however, it is mostly led by a 542 million Magic Leap investment, which is an augmented reality (AR) device and AR is a whole different animal reaching way beyond just entertainment and gaming.”

Please download the digital copy of the magazine from App Store: 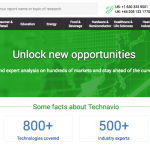 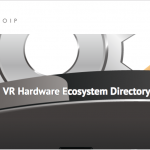