On September 11th, 2017 Virtual Neuroscience Lab (VR Lab LLC) was agreed to merge under the umbrella of Criffin R&D for strengthening company’s knowledge base in scientific research.

VR NeuroSc Lab’s co-founder, principal investigator and CEO Madis Vasser will not remain with the company full time as he is focused on scientific research and his Ph.D. studies in Univesity of Tartu. He will be involved project-based terms in the future depending on the project needs.

Virtual Neuroscience Lab has its roots in early 2015, when a couple of forward-thinking students from the University of Tartu experimental psychology and computational neuroscience labs started collaborating on virtual reality related research. They saw the unique potential of VR to drive the human brain with immersive virtual inputs to better understand the underlying neural mechanisms of the mind. The joint effort resulted in a novel study about the change blindness phenomena in VR and an open source virtual reality toolbox for psychological experiments (VREX) that was later presented as a research demo in IEEE VR 2015 in March. The students went on to develop more VR software and do numerous public demonstrations in their spare time. As the VR scene was gaining more and more momentum during the summer, the team decided that the only way to stay relevant in the field was to take the fast lane to VR research, and this meant going commercial. Seasoned entrepreneur Peeter Nieler, with a track record of an established VR company Criffin, soon joined the ranks and Virtual Neuroscience Lab was officially founded.

Virtual NeuroSc Lab has conducted numerous psychological experiments in the field of virtual reality and launched software product Limelight – an innovative Virtual Reality software that helps people decrease their public speaking anxiety and thus making them become a better and more fluent presenter in front of an audience. This tool is useful if you have to prepare for a ceremonial talk, a lecture, a conference keynote, a sales pitch, and almost any situation where you need to talk in front of people.

Limelight runs on HTC Vive and it is available on Steam. The app has been created by a team of clinical and experimental psychologists and Virtual Reality developers.

Please read the exclusive launch articles from the VirtualReality Times (in English) or ITUudised (in Estonian). 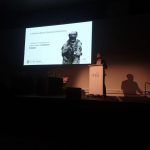 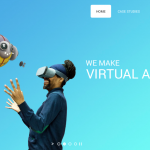 Criffin is launching a separate agency unit C-StudioNews
Contact Us!